After months living nearby, at least I got the opportunity to visit Woking. One of many satellite cities for the capital, you can go to Woking from London with SouthWest Train (and sadly nothing else, as both Google Maps and Rome2Rio tell me).

Anyway, why do you need to go to Woking? There are two “main” reasons for me to visit Woking.

And I’ve fulfilled those two reasons, so all’s well with the world.

Do you know HG Wells? If you don’t, I guess it’s better for you to at least try reading some of his writings. His writings are in public domain now, so you can easily read/ download them in Project Gutenberg (or even in Kindle, but I’m not a big fan of Amazon so let me scratch this). The most iconic one, definitely The War of The Worlds (but personally I prefer The Invisible Man myself)

He wrote a lot of his stories when he lived in Woking. Though he didn’t like his Woking life that much (and had the Martians (not THE Martian) destroying the city in The War of The Worlds), the city ended up famous because of him.

Anyway, this year (2016) marks 150 years after the birth of H.G. Wells. It should be the right time to visit the city, especially after the publication of this lovely Wells in Woking walking map, guides, whole websites, (seriously I like the design, kudos to the winner of the design contest).

Because I want to visit the mosque for Dhuhur, I went in backwards

I got to stay with my friends in Old Woking, so I needed to walk for about 30 minutes to Woking, but after reaching Woking Station, Wells Walking Tour also signed.

On the way, I get to find these exciting cycling tour trail names as well. Seriously, after Mars, Saturn, why suddenly Oberon? Apparently, they are parts of the Planet Trail Cycling Routes all around Woking named after Planets and Their Satellites. Also pictured Pandora Trail which I took from Cycle Woking

I guess if you live in the city you’ll just pass by this, but it is a wonderful sculpture though

You get to see this “alien pod” sculpture nearby

I really like the winning design a so lovely. (Okay, the others are nice too)

I didn’t get to see this one! Sigh! Why didn’t I check Whetherspoon (because I didn’t want to eat inside). It also has a time machine. (celebratewoking.info)

You get to see this mosaic/ mural in underground crossing in Victoria Way. There’s nothing indicating that this is underground

Because I don’t bring any Wells’ book with me, I guess this should be enough. If you’re not really into reminiscing the book, I suggest not to visit if you hate walking, because there is no plaque or anything.

Old Wells’ house. I guess it is pretty interesting to live in a house that has some history, but not too much because visitors are annoying

This is the first mosque in the United Kingdom! Built-in 1889! Surely a historical site. It’s not that hard to find, and design-wise it’s stunning. Though it’s pretty small, so it’s utilized just for male-praying area. Got confused because I tried to visit during Dhuhur to pray, and spent a few minutes circling the mosque to find “Ladies Ablution”. Apparently both the ladies ablution area and the ladies praying area are in the white building in the south of the mosque. It’s also housing a lot of administrative working area/ children playing area/ etc.

Ladies Praying area on the left, ablution on the right

After rounding up in a circle around the mosque, apparently, ladies praying area is in another building

Woking as an area has a lot of Muslims, also signed by the Peace Garden (which was apparently locked, you said it’s open seven days a week, website!), a Muslim Burial Ground for twenty-four Muslim soldiers died during WW I and WW II.

If you’re interested in visiting the mosque but not a Muslim (and you feel really shy, it’s alright though, I passed by someone visiting as well), you can also visit during their open house. They have an open house every year, for 2017 it’s in 5 February 2017.

Actually, there’s also another interesting place to visit if you’re a history buff (because it’s not people who’re planning to visit because of its current condition). The ruins of Woking Palace is the remains of the home of Lady Margaret Beaufort, mother of King Henry VII. It’s closer to Old Woking compared to Woking, but if you’re around and interested maybe! 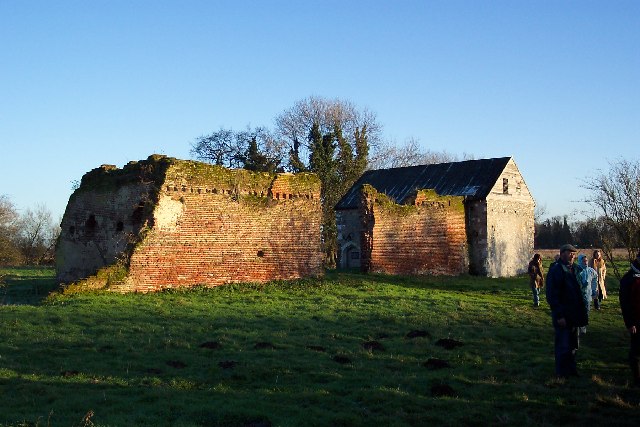 Overall, pretty fruitful visit. If you like science-fiction or a Muslim looking for historical mosque, I recommend visiting!